Lifetime Honorary Members may be nominated by any member in good standing at any time.

It is expected that an Honorary Lifetime Member will 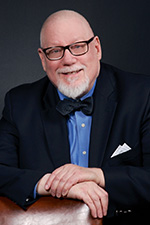 Byron Adams (b. 1955) is a musicologist and composer. His essays and reviews have appeared in journals such as 19th-Century Music, The Musical Quarterly, Music and Letters, JAMS, andthe John Donne Journal, among others. He has contributed chapters to edited collections such as Vaughan Williams Essays (1996), Walt Whitman and Modern Music (2000), The Cambridge Companion to Elgar (2004), Jean Sibelius and His World (2011), The Cambridge Companion to Vaughan Williams (2013), The Music of Herbert Howells (2014), The Sea in the British Musical Imagination (2015), Britten Studies (2017), and Fauré Studies (2020).

Byron Adams was awarded the first Ralph Vaughan Williams Fellowship in 1985, a fellowship that was underwritten by the Carthusian Trust for twenty-five years. In 2000, the American Musicological Society bestowed the Philip Brett Award upon Adams for his pioneering work on the intersections of gender, class, and sexuality in fin-de-siècle British music. In 2007, he was appointed scholar-in-residence for that year’s Bard Music Festival, editing the festival volume Edward Elgar and His World, which was published by Princeton University Press. Adams is now a member of the Bard Music Festival’s permanent program committee. Alongside Rachel Cowgill and Peter Holman, Adams is a series editor for Music in Britain 1600-2000, published by The Boydell Press. He serves as an Associate Editor for The Musical Quarterly. Byron Adams and Daniel Grimley have been appointed as scholars-in-residence of the 2023 Bard Music Festival, “Ralph Vaughan Williams and His World,” and they will be editing the festival volume, Ralph Vaughan Williams and His World, to be the University of Chicago Press. Adams served as second president of the North American British Music Studies Association, which organization has named a student travel grant in his honor. He has given broadcast talks over the BBC, as well as lectures at Oxford University, Nottingham University, Queens University, Belfast, Duke University, Birmingham University and Gresham College in London.

Adams is Distinguished Professor of Musicology at the University of California, Riverside. 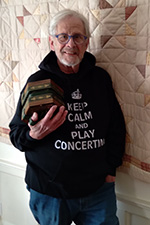 I owe a great deal to NABMSA – simply put, it gave me a second lease on scholarly life.  I had written a bit on English music:  some stuff on the concertina in Victorian England, some articles dealing with music in the works of Wilkie Collins and George Gissing, and (some forty or so years ago) an edition of the works of Robert Morton .  I was, though, on my way back to fifteenth-century Italy when three things – perhaps I should call them “forces” – came together out of nowhere early in the new millennium:  playing in the New York Victorian Consort (thank you, Julia); a serious addiction to  “Reconciliation,” the third movement  of Vaughan Williams’s Dona nobis pacem, as well as a sense of curiosity about the ups and downs of his reception in my hometown (not a single musical director of the New York Philharmonic since Leonard Bernstein retired has conducted one of RVW’s works); and the ribbon that tied it all together, NABMSA, especially its biennial conferences, which, with respect to venues, intimacy, friendliness, focus, and quality of presentations, are a sheer joy to attend.

To close quickly:  if being named an “lifetime honorary member” is at least somewhat akin to receiving a thank you note from the bestower of said honor, I accept the thank you with a deep sense of humility and hope that I may return the favor in exponential fashion. 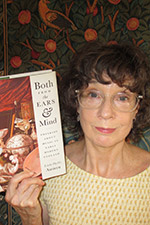 Author of two monographs about early modern English music, dozens of articles and book-chapters reaching from the later Middle Ages to the late twentieth century, and editor and co-editor of four collections of essays, one with fellow NABMSA members Candace Bailey and Amanda Eubanks Winkler.

I fell in love with British music at the age of eleven when my father’s job took my family from the United States to Australia for a year and my primary-school choir sang British works from the anonymous fifteenth-century Agincourt Carol through songs by Benjamin Britten. I was hooked, even more so when the recorder ensemble I joined at my Australian secondary school played sixteenth- and seventeenth-century English music and we began and concluded school assemblies by singing Victorian and Edwardian hymns, all of which, and the traditions that had given rise to them, were completely new to me. When it came time to choose a dissertation topic in the 1980s, when few North American scholars were working on British music, I planned until the last moment to write about sixteenth-century France but the music I’d loved for so long from Shakespeare’s era would not go from my mind as Desdemona puts it about a famously haunting tune. Fortuitously, as I realized that scholarship on British music often needs to cross disciplinary lines and that mine had begun to ask questions about women, gender, sexuality, and the uses rather than composition of music—all outside the realm of musicology at the time—I found an energetic network of feminist musicologists, and historians and literary studies scholars beginning to explore music. NABMSA enables the same kind of exhilarating energy, exchange of ideas, and sense of coming together among otherwise isolated but highly innovative scholars specifically concerning British music from a multitude of perspectives. When named a lifetime honorary member, my first thought was a line from Romeo and Juliet: It is an honor that I dream not of. 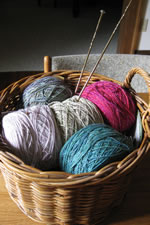 Author of Music in Other Words: Victorian Conversations (2004) and editor of Musicology and Difference (1993).

I’m proud to say that I was part of the drive for a “new musicology” in the 1980s and 1990s. And not only as a feminist, but also as someone interested in the social history of music, which we in NABMSA nowadays take entirely for granted.  I learned originally that you couldn’t be a “Victorianist” in musicology because the issues didn’t rest on score study and biography. It’s been one of the great pleasures of my career to realize that now I can! The whole field has changed drastically, and much for the better.

I’ve written a fair amount about Victorian musicality, but also a great deal more about the state of play in the discipline, about the development of a feminist musicology, and about the need for us to know more about the ways in which people other than composers thought about and used the music of those composers. I spent a lot of years in various positions for the AMS and then, to my delight, was approached by Charles McGuire to join in the foundation of NABMSA. And the rest, as they say, is history. I’ve enjoyed everything about NABMSA and its members, and I’m so glad it’s thriving. 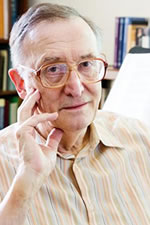 Pioneering scholar of British music and Professor Emeritus of Musicology at the University of Illinois.

Nicholas Temperley (1932-2020) was NABMSA’s first Honorary Member and also our first President (2004–2007). His passing in April 2020 marked the end of an extraordinarily productive and influential career, during which he did more than anyone to counter the prejudicial ideas of England as “Das Land ohne Musik” and to demonstrate the vibrancy and significance of a wide range of British music—not just its high art traditions—from the Reformation through the Victorian Era.

Books, articles, and editions flowed for some sixty years, and includes his landmark Music of the English Parish Church (1979), the Athlone History of Music in Britain essay collection on music from 1800 to 1914 (1981), the magisterial Hymn Tune Index (1998; now online), the 20-volume London Pianoforte School, 1766-1860 (1984–87), and a critical edition of the Book of Psalms (with Beth Quitslund; 2018). To mark his 80th birthday, a Festschrift, edited by Bennett Zon, was published by Ashgate in 2012, with some essays authored by NABMSA members.

Nicholas was a regular and engaged figure at NABMSA conferences and a great supporter of students, as demonstrated by his endowment of the NABMSA Nicholas Temperley Prize, which is awarded during biennial conferences for a student paper of particular merit or excellence. He was a person of immense modesty and dry wit, whose love of music and advocacy of performance animated all his scholarly activities. He continued to be thrilled by how the field of British music studies had grown during his career, and by NABMSA’s role in that development.